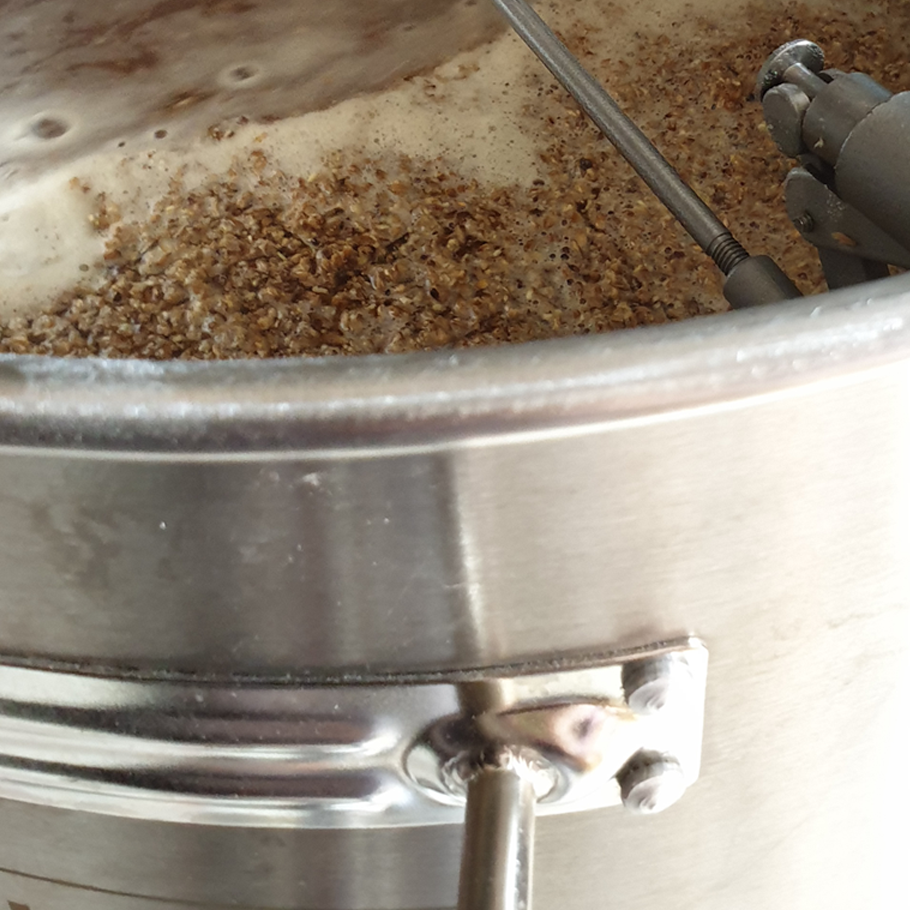 This time around I decided to share the outcome of my latest professional development activity with my friends. I am thankful to my friends for accepting my absence over the past couple of years while I pursued a higher education qualification. After a much-needed break, I will be heading back into that territory. For now, as we move into warmer weather and closer to my birthday, it is a perfect opportunity to provide the gift of beer.

And of course, to do professional development as a vocational educator. Last time I blogged about using learning theory was when I brewed an Irish Stout. I applied experiential learning for a second time and decided to go with it a third time. There was a Red Ale after that for which I did not write a blog. It was reasonably drinkable, but my attitude towards brewing it got the better of me. Mistakes were made which are discussed a little later.

When I brewed an Irish Stout on my equipment, there were a few things I took note of during the experience. The resultant alcohol volume was 31% higher than expected. However, that was not considered a bad thing by people that I shared a pint or two with. The recipe I used was based on extracting 78% of sugars from the grain bill. What ended up being extracted was closer to 81%. By the time fermentation was complete, the hydrometer had read 1.016 at 20 degrees celsius. The carbonation was a little too low for my liking at 1.7 CO2 volume. That was not as dry as I was hoping for, but it turned out to be a good drop of beer that I would brew again.

As for the Red ale, I had no previous experience tasting examples. The brew came out drinkable but was not how it should have been. The return of a leaky HERMS coil and my failure to fully transfer wort from the Mash Tun into the Boil Kettle led to a resulting brewhouse efficiency of 63%. Around 4 litres were lost. Additionally, I decided to include all leftover hops from previous batches to add flavour and aroma profiles added to the recipe. The beer ended up being slightly too bitter. It was, however, still drinkable. Carbonation was about right for my liking at 2.3 CO2 volumes.

When I brewed the Red Ale, I believed I would have a good result based on the experience I had previously with the Irish Stout. My confidence in my ability proved to be higher than it should have been and caused me to make avoidable mistakes. I will brew the Irish Stout again with only a couple of minor adjustments. First, I would calculate the grain bill based on 82% sugar extraction, and increase the carbonation volume to 1.9. If I attempt a Red Ale again, I will not mess so much with the hop schedule. Additionally, I would increase grains containing unfermentable sugars to give a slight increase to sweetness. Another difference between the process I used to brew the Irish Stout and Red ale is for the latter I did not use a hop sock (a little bag to boil hops in). Instead, the hops were put directly in the Boil Kettle and allowed to float around as they pleased. There was no apparent difference between using and not using a hop sock except for cleaning up. Cleaning up was easier when the hop sock was used.

To push myself, I decided the next brew (read: two brews) would be larger batches and intended to be tested in similarly large volumes by my friends. The goal led me to remain cautious in my brewing approach so as not to be overconfident in my skill. I searched for two recipes for vastly different tasting beers that had won awards at homebrew competitions. From those recipes I included modifications adjusting for my equipment and batch size. Having tried brewing with and without a hop sock and finding using it to make clean-up easier, I added a reusable stainless steel ‘hop spider’ for continued future use.

Two beers were brewed. A Belgian Saison and an English Strong Bitter. I will spare the specific details of the process used since this is about the use of experiential learning. The recipes used had an estimated mash efficiency of 82%:

The following pictures can tell the story of the brewing.

Confining my confidence to match with ability makes a difference. Small incremental steps and changes are more effective than taking large leaps. It is easier to reflect upon and pinpoint what happened, why it happened and how it could happen in future. And being able to do that makes planning for next time easier due to improved clarity. Experiential learning is not about having one experience to learn from but a series of similar experiences to improve upon what was previously learnt.

Were the beers any good?

It is too early to pour a glass. First pour is at least a week away and besides, I should wait until my friends visit. Hopefully, the beer will be well received and my friends will empty the kegs. That way I can brew again and learn some more. What I can share is that according to hydrometer readings, both brews were right on target and the whole process landed around 83% efficiency. Not bad for a homebrewer! Next time I will adjust my recipe to a touch below that as I continue to dial in how my equipment performs as well as how I use it. I’m on the last couple of bottles of stout. A problem that will need to be remedied.